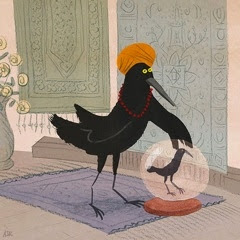 Anna Raff, www.annaraff.com
Her birds are just wonderful: illustrator Anna Raff, based in New York, works on a blog all about bird-imagery (http://www.ornithoblogical.blogspot.com). Her work has appeared in The Washington Post and many others. In 2010 she was recognized as one of the "Top 100 New Creatives"by CMYK Magazine.  With tradeyourtalent she speaks about bird imagery, word-play and why she wishes to be a big broadway bombshell.
Why 365 days of birds?
I wanted to create an illustration project that would force me to draw everyday (or nearly everyday). I have followed other creatives who have started similar projects, and while it requires a great deal of discipline and commitment, the payoff is a showcase of your sensibility in the form of a very large body of work, and a great self-promotion tool. Before tackling an illustration, I like to warm up with a quick drawing or painting the subject of which is not important but I found myself drawing a lot of birds.
Where do you get your inspiration?
For the bird blog, I drew a lot of inspiration from the English language, current events, and riffs on bird breeds. At the beginning of the project, the imagery was rather straight-forward, but as the year evolved, I started incorporating more word-play. It's amazing how rich and ripe English is with bird-imagery. I'm still coming up with ideas, even though I'm not posting one everyday (now more like once a week), the subject seems to be inexhaustible!
What are your current projects about?
I have a number of children's book ideas I've been developing, and I'm working on an identity/mascot for a start-up non-profit here in New York. Other than that, I'm fleshing out my editorial illustration portfolio...Of course, there is the occasional bird.
Your work is highly recognised. Has the path leading up to this been hard?
It has been a wonderful ride, but one that I feel is just beginning. I was a graphic designer for 20 years before I decided to devote myself to illustration, and just making that mental switch was probably the hardest part. Illustration is much like other creative disciplines, the more energy you put in, the more benefits you reap. So I just keep plugging away...
Do you have favorite artists?
A few of my favorite children's book artists are Tomi Ungerer, Maurice Sendak, Dr. Seuss, Richard Scary, Fred Marcellino... I could go on. I have to acknowledge Paul Rand too, as a designer and illustrator. When I'm stuck on something, I usually turn to him  conceptually, he was incredible. As for contemporary artists, I love Jon Klassen, Heads of State, Shout, Guy Billout (one of my mentors) and Christoph Neimann. I grew up down the street from the New Yorker cartoonist Donald Reilly, and have only just begun to realize what an influence he was.
Did you ever want to do something else besides art?
Not really, but I wish I were a really great musician...or a big Broadway bombshell. I have a lot of the ham in me. 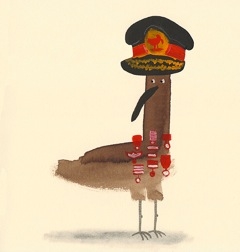 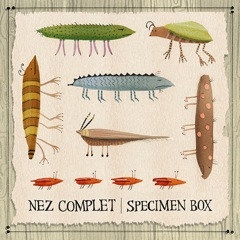 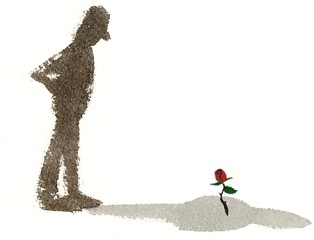