Mikael Kangas is an illustrator, art director and graphic designer from Sweden. Mikael started studying industrial design, but later on he realized that illustration and graphic design is what he likes best. With tradeyourtalent Mikael speaks about inspiration from Greek mythology and saving the world. 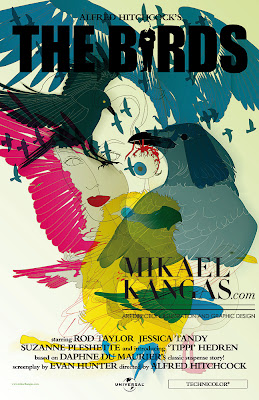 What are your themes in your work?
Mikael: A lot of fashion and animals and ornaments! I started out inspired by Aubrey Beardsley and did only black and white. Somehow I wanted to update the illustrations and make them more contemporary and take use of all the tools available when working digitally and started experimenting with colors, overlays and transparencies. But even though I like the use of strong colors I try to keep down the number of different colors in one illustration so it doesn’t go overboard.
Where do you get your inspiration?
Mikael: I get my inspirations from all kinds of things in everyday life but also from the Art Nouveau books, Greek mythology, fairytales and fashion magazines.
What are your current projects about?
Mikael:Right now im working on a couple of diffent things. Instructional workout illustrions, a magazine cover and art directing photoshots for H&M!
Is it hard being an artist today?
Mikael:Well there is a tough completion since it's a more global market now but at the same time that also increases the number of clients you can reach. Even though I live in Sweden almost none of my clients are Swedish magazine or brands.
Do you have favorite artists?
Mikael: I loved stories and books illustrated by incredible Swedish illustrator Hans Arnold when I was younger and still think his images are incredible. Unfortunatly he isn't alive anymore but i do like some more ontemporary illustrators like Richard Gray,  Autumn Whitehurst and David Downton.
Did you ever want to do something else besides art?
Mikael: I´ve been drawing and sketching all my life, fascinated by “how to draw” books and addicted to comic books. Later I studied industrial design, decided on illustrations. But if i didn't do that or illustrations i would probebly want to work with animals or something like that. saving the world? 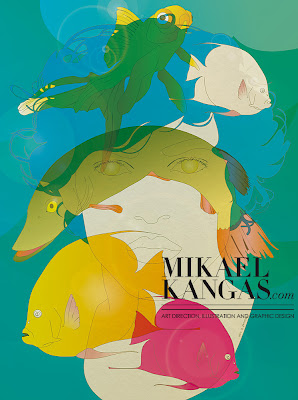 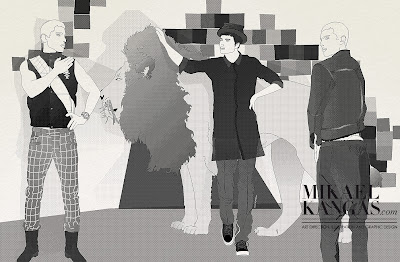 Documentary: "Following the Ninth - In the Footsteps of Beethoven's Final Symphony" 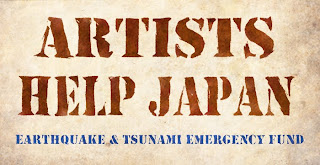 Artists Help Japan is a charity movement initiated by Dice Tsutsumi, an art director at Pixar Animation Studios who was also behind 2008 Totoro Forest Project to help preserve Sayama Forest in Japan and Sketchtravel Project, to gather the force of communities of artists and creative minds around the world. They believe that artists have special roles to contribute to the society. Within a week, 10 art communities from LA, San Francisco, New York, Paris, Toronto and Pittsburgh have signed up to do fund raising events to contribute to this movement.  We are calling for more artists communities to join the forces of  Artists Help Japan Movement. More on Artists Help Japan movement
Eingestellt von Trade Your Talent um 3/24/2011 No comments:

Terry Wong "It's always been a part of who I am"

Terry Wong's illustrations are filled with lots of humor. I really enjoy his Mad Men illustration of Christina Hendricks. Terry was not always an illustrator, he started out as a graphic designer in Vancouver. After several years he decided to move into illustration full time. He is a graduate of the Alberta College of Art and Design and the Vancouver Film School. Terry Wong is represented by Anna Goodson Management. 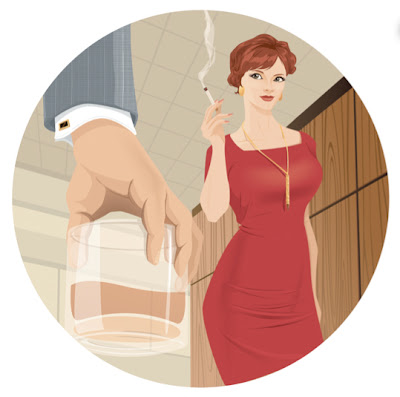 Terry Wong: Mad Men, http://agoodson.com/terry-wong/
What are  themes in your work?
Terry: A consistent theme in my work is humor. Being able to look at an article, or story and convey the situation in a concise manner with a humorous component. Growing up I was taught up to find the humor in a situation, as an illustrator I've found that finding the applicable humor helps to engage the viewer right away.
Where do you get your inspiration?
Terry: I try to get inspired anywhere and everywhere. A walk in the park, a stroll through the mall, watching a good movie. Inspiration is everywhere, you just have to be aware of it and let it get to you.
What advice would you give young artists for pursuing a career in art?
Terry: The more you are like yourself the less you're like anybody else. This is a good thing, ultimately clients will want you for your unique way of looking at the world.
Could you imagine doing something else besides art?
Terry: If I wasn't an illustrator, I'd be doing something else with an artistic component. It's always been a part of who I am. 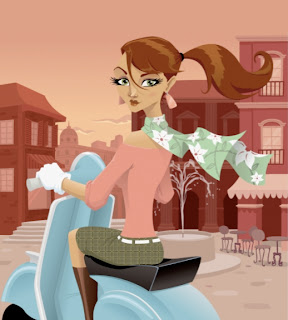 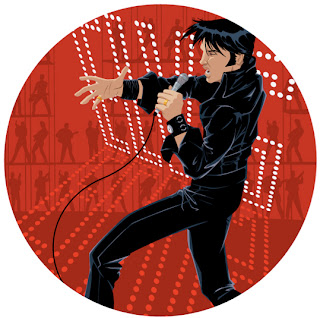 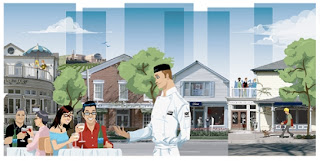