Philosoulophy is a young pop/rock band from Hamburg. I discovered them a while ago during a walk - they had posted a very clever flyer about their music on a tree. "Going Back in Time" is the first single release from Philosoulophy's debut "Ocean e.p.", to be released in February 2014. With tradeyourtalent they speak about crazy video productions and why it's important to make music from the soul.

What's the story behind your band name Philosoulophy?  At first we experimented with the name of our lead singer Philipp O., starting out with the name PHILO. However, Philipp didn't want our music and band to be mistaken for a typical singer/songwriter band. Philosoulophy stands for our music and songs, into which we put real emotions and stories, stories with a background. We are convinced that, with authentic music, we can reach the same number of people as the big labels can. "Soul" in Philosoulophy stands for music with soul. 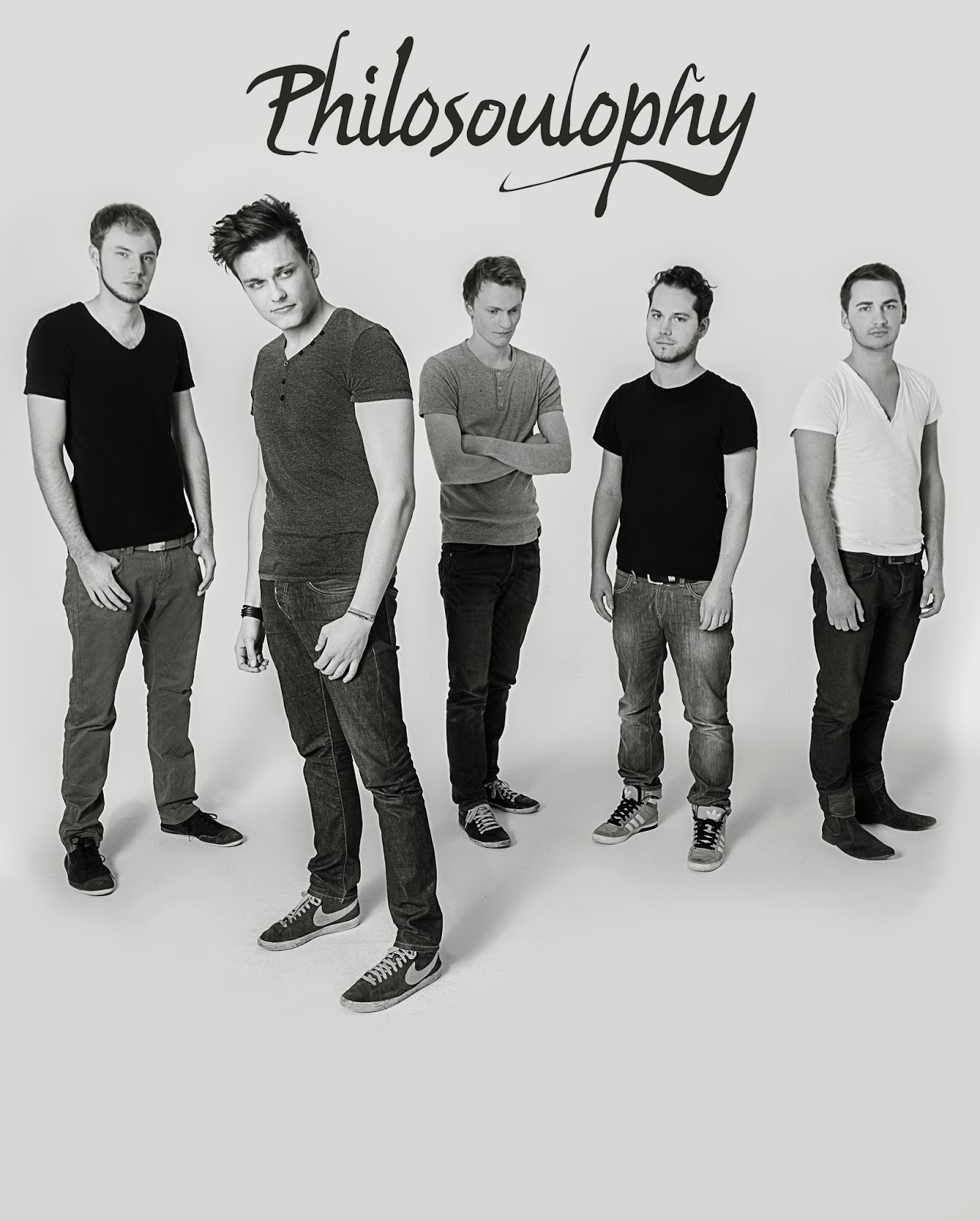 What inspires you to your songs?
Many of our songs are created when we jam together. Our song texts are inspired by every day life or something in the past, like a lost love, which inspired the song "Going Back in Time".

You just released your first video. How much fun was producing it?
Producing this video was fun from beginning to end. I think we have to release a making-of video along with it, so all of you can see how much crazy stuff we talk about and do....which obviously doesn't mean that we can't work professionally. (The video definitely proves this!)

What is it like to be on stage?
Once we are on stage it feels completely different to when we practice. It may sound cheesy, but we are at our best if we completely loose ourselves in the music and just feel the vibes. We always try to give everything and are completely wasted after a performance. But the audience has to know that we really mean it. After we played support for Jupiter Jones people came to us and told us "what an unmistakable power" we have on stage.

If you could give advice to young musicians, what would you say? Write as many songs as you can, never stop pouring out your heart, try to reach others with your music and give everything on stage that you can. You can do nothing wrong if you follow this advice, unless there are other influences, like growing up during the wrong time. Right now we feel that there is a lot of cheap and boring music out there, especially if you look at the charts. 10 years ago you'd find bands out there like Red Hot Chili Peppers or Jamiroquai. These bands gave everything, poured out their soul ... we definitely need more of that kind of music!